The Simons Institute for the Theory of Computing is the world's leading venue for collaborative research in theoretical computer science. Established on July 1, 2012 with a grant from the Simons Foundation, the Institute is housed in Calvin Lab, a dedicated building on the UC Berkeley campus. The Simons Institute brings together the world's leading researchers in theoretical computer science and related fields, as well as the next generation of outstanding young scholars, to explore deep unsolved problems about the nature and limits of computation.

The Institute's mission is to promote fundamental research on the foundations of computer science, as well as to expand the horizons of the field by exploring other scientific disciplines through a computational lens. This second and distinctive goal is motivated by the fact that natural phenomena in many scientific fields (including physics, biology, neuroscience, game theory, and economics), or the models those fields have developed for these phenomena, are intrinsically computational in nature — from chemical processes in living cells to the self-organizing behavior of complex systems of interacting particles, to mechanisms governing human evolution and the collective behavior of competing agents in an economy. The insights gained from such explorations often reflect back to the theory of computation, opening new directions and advancing our understanding of fundamental issues in complexity theory and algorithms.

Complementary to its research mission, the Institute works to enhance public understanding of algorithmic science, in recognition of the increasing prominence of algorithms in every aspect of human life and society.

The Simons Institute pursues research programs on a large and expanding range of topics within the foundations of computing, including core questions in complexity theory and algorithms, as well as questions at the interface of the theory of computing (TOC) with other disciplines. We refer to this paradigm as TOC+X, where X may be engineering and technology; natural and social sciences; data science and machine learning; cryptography, privacy and security; or mathematics. 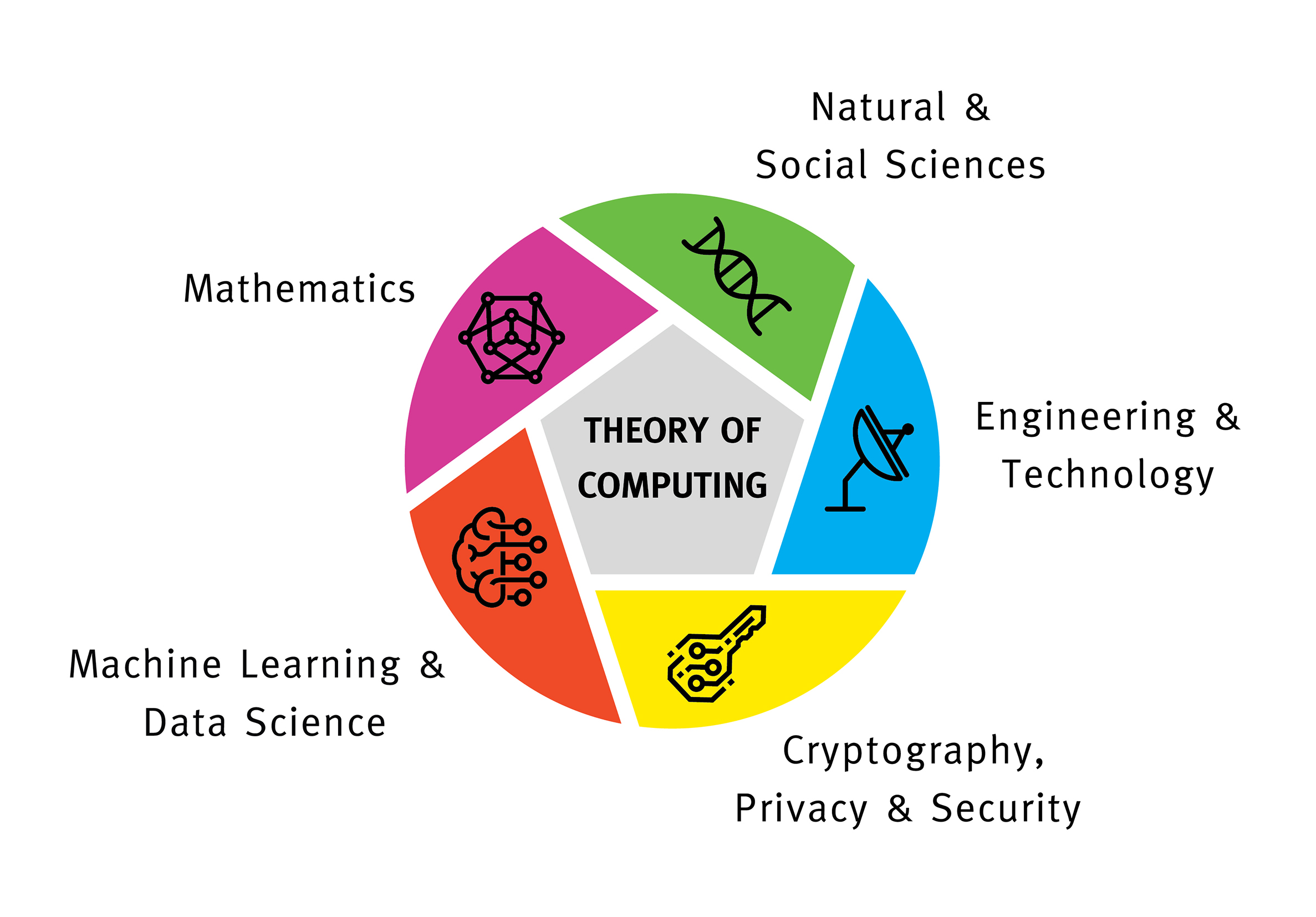 Individual research programs are embedded within one or more thematic strands, each of which has distinctive research goals, with impact building over time.

Within each theme, the fundamental structural unit for the Institute’s research is the semester or summer research program on a particular topic in theoretical computer science. Run by a small group of organizers, a program typically includes 60-70 long-term participants (a mix of senior and junior researchers), with additional short-term visitors attending weeklong program workshops. Since 2018, the Institute has also organized smaller-scale summer clusters. There are usually two concurrent research programs each semester, and a combination of programs and clusters in the summer.

The Institute aims to identify programs that can potentially lead to substantial advances in the field, rather than promoting "business as usual." Proposals for programs are solicited from the worldwide theoretical computer science community and may be submitted at any time. Proposals are reviewed by the Institute's Scientific Advisory Board, which meets twice a year. Proposal selection normally occurs approximately two years in advance of the start of a program.